Expository Study of the Gospel of John 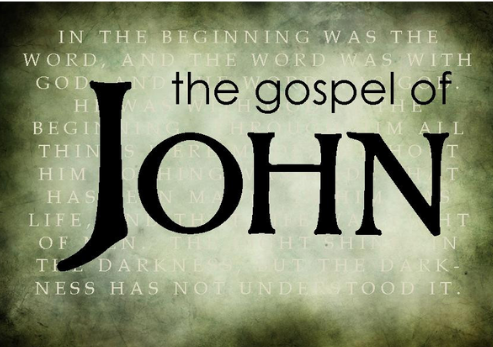 Most Bible scholars agree that the Gospel of John was written by Jesus' youngest disciple.  Although there is speculation that it might have been written by another person by the name of John, it makes more sense that it was John the brother of James.  The Gospel is written from the perspective of a person who was not only there as an eye-witness, but a person who was observing Christ's ministry as an insider.  The three disciples who had the closest friendships with Jesus were Peter, James and John.

​John was the youngest of Jesus' disciples.  He refers to himself as the disciple that Jesus loved.  In the distorted view of the modern pop culture, love between men is often sexualized, which makes it difficult to comprehend the powerful bounds of the friendships between men who love each other.  Please note: Sex and Love are not synonymous.  On a personal note, I have sexual relationships with one person; my wife.  On the other hand, I have an intense, non-sexual, agape love for a very large number of friends and family members.  How deep is that love?  I would die to save them; and there is not one sexual thought that I associate with those relationships.  Sorry to start out this study with such a taboo conversation, but the sensual nature of our culture needs to be exposed.  The Bottom-line: John wrote the Gospel of John from the perspective of a person who loved his dear friend, Jesus.

The Purpose for which the Gospel of John was written:  There is no guess work when it comes to John's purpose for writing the Gospel of John.  He clearly states his purpose in John 20:29-31 (NKJV)  "Jesus said to him, 'Thomas, because you have seen Me, you have believed. Blessed are those who have not seen and yet have believed.'  And truly Jesus did many other signs in the presence of His disciples, which are not written in this book; but these are written that you may believe that Jesus is the Christ, the Son of God, and that believing you may have life in His name."   John wrote his Gospel so that people; people who were not around during the time of Jesus' ministry on earth, would read John's account and come to believe in Jesus.

One of the themes found in John's coverage of Jesus' ministry on earth is the idea of good verses evil portrayed as an analogy of light verses darkness.  The earth is a picture of darkness, weighted down under the curse of sin and under the influence of Satan.  Jesus is portrayed as the light that shatters the darkness and passes on the lighted torch to the Church to carry on.